The sooner it is realized by the workers and their Unions that companies engaged in the production of medicines must be safeguarded by them the better. Industrial peace is the panacea for progress.

The militancy of the trade unions has already done enough damage in the country. It may sound strange, but it is a fact that some of the states have been lagging behind in the race of industrialization and generation of employment mainly because of the militant and irresponsible trade unions. For example, West Bengal was once considered the hub of the industries was spoiled due to the leftist trade unions. Sadly, even the pharmaceutical industries have come into the grip of irresponsible trade unionism as a section of medical representatives, which earns well, works less, but can hold the companies to ransom. As far Kerala is concerned the words of the Metro man E Sreedharan is mentionable that Kerala has not had a single industrial investment in the last 20 years, He has wondered that if Keralites can go to the Middle East and set up an industry, why cannot they do it here also?  However, he observed in the same breath that ’if any industry comes up in Kerala, it is closed within two years.  Without industries, how will you create capital, wealth and add jobs?

Kerala is a cent per cent literate state, but it has hardly any jobs for youngsters. Shri Sreedharan gave the example of how industrialist Kochouseph Chittilappilly, who set up an electrical appliance maker V-Guard had to shift 80% of his firm’s operations to outside of Kerala because of a hostile labour climate.  ‘My state shows a red flag where we should be waving green flags to investors’, he said. His wise words need to be taken seriously.

It is good that now the Kerala High Court in its judgment dated 15.2.2021 has taken note of the growing militancy among the medical representatives. In Bharat Serum Vaccine Limited and others vs. State of Kerala and others, the High Court has said that ‘in the guise of the strike the workers cannot resort to strong-arm tactics to intimidate the managements’. In the aforementioned case, the petitioners had to redeploy their Territory Branch Managers to other parts of the country. The service conditions clearly state that the employees are transferable as the transfer is an incidence of service. Though most of the employees accepted the transfer some of them refused to comply with the order. With the help of medical representatives, they started causing obstruction in the work of managerial staff by threatening and intimidating other employees. The High Court said that even if the demand is legitimate, the only option for the unions is to resolve the dispute in a manner known to law. Under no circumstances can the workers resort to violence to further their cause. That would infringe the rights of the management to carry on their business.

The pharmaceutical industry is a rapidly growing industry as the entire world is looking at the expertise of the Indian Doctors and Pharmaceutical industries. The need of the hour is to tap the opportunity so as grab the world market, but this must be realized more by workers and their leaders. The general grievance of the companies, on the other hand, is that they have their self-styled rules and they very often resort to violence in the garb of implementation of their rules.

The normal process of working of the Medical Representatives is that they work only up to 3.00 p.m. and remain idle for the rest of the day. Moreover, it is almost unsupervised working as a company official / Manager must give 10-day advance intimation to an employee for field visit and that too not more than three days at a stretch. Even the number of times a manager can visit an employee is also fixed hence, to say that there are many such rules that discourage effective supervision and by and large sales employee is on his own. If the managers of the companies are found working, then a mob of 20–25 activist intercepts the manager and manhandle them to an extent that they are frequently subjected to physical assault apart from being disgraced by verbal abuses.

The Government, the Judiciary, the Companies, the trade Unions and above all the civilized society will have to make concerted efforts to stop this menace so as to take the country on the high way of the progress and prosperity. 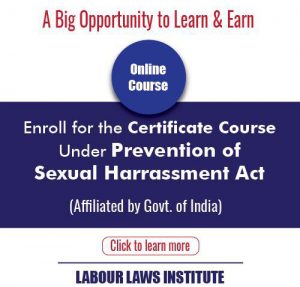