Long awaited notification on Commencement Date of Maharashtra Shops and Establishment Act 2017 has been out vide GOM Notification dated 19.12.2017. Copy of the said Notification is attached herewith.

Provisions under this New Act (except Section 7) are applicable to establishments employing 10 or more persons.

The New Act provides for appointment of a “Chief Facilitator” and a “Facilitator” instead of an inspector as under the Existing Act.

Section 3 of the New Act lists specifically 13 categories of establishments and workers who are exempt from its provisions. There is no provision for any other establishment to apply for exemptions. Two such exemptions are pertinent to note as follows:

a.          A worker occupying position of confidential, managerial or supervisory character in an establishment, a list of which shall be displayed on the website of establishments and in absence of the website at a conspicuous place in the establishment and a copy thereof shall be sent to the Facilitator.

b.         Member of the family of an employer which is defined to mean “wife, husband, son, daughter, father, mother, brother or sister of an employer who lives with and is dependent on such employer.”

The New Act has done away with the term “commercial establishment” and instead only provides for one head i.e. “establishment” which covers (amongst other things) any business, trade, manufacture, establishment of any medical practitioner, architect, engineer, accountant, tax consultant or any other technical or professional consultant, a society registered under the Societies Registration Act, 1860, a charitable or other trust, shop, residential hotel, restaurant, eating house, theatre or other place of public amusement or entertainment; to whom the provisions of the Factories Act, 1948 does not apply, etc.

Establishments employing less than 10 workers are required to merely give an intimation of having commenced its business to the Facilitator by submitting the online application in the prescribed form. However, if at any point the number of workers in the establishment become 10 or more, then the employer of such establishment is required to obtain the registration certificate.

On receipt of the online application the Facilitator will issue a registration certificate online along with the Labour Identification Number (LIN).

9.       Validity of the registration certificate:

The registration certificate will be valid for such period as may be requested by the applicant subject to a maximum period of 10 years as against 36 months under the Existing Act.

The State Government will issue separate notification to fix the opening and closing hours of different classes of establishments, different premises, shopping complex or malls, or different areas.

No adult worker shall be required or allowed to work for more than nine hours in any day and forty-eight hours in any week.

No adult worker shall be asked to work continuously for more than five hours unless he has been given a break of not less than half an hour: Provided that, the working hours or weekly holiday may be relaxed in case of work of urgent nature with the previous permission of the Facilitator.

Interval of rest has been reduced to 0.5 hour from the existing 1 hour after 5 hours of work under the New Act.

The spread-over of a worker in establishment has been reduced to 10.5 hours in any day, as against 11 hours under the Existing Act.

Overtime cannot exceed 125 hours in a period of 3 months as against 6 hours in a week under the Existing Act.

An establishment can be kept open for business on all days in a week but every worker shall be allowed weekly holiday of at least 24 consecutive hours of rest.

11.   Prohibition of discrimination against women:

The New Act prohibits discrimination against women in the matter of recruitment, training, transfers, promotion or wages. A woman can work only between 7:00 a.m. and 9:30 p.m. However, the woman worker with her consent will be allowed to work during 9:30 p.m. and 7:00 a.m. subject to adequate protection of their dignity, honour and safety, protection from sexual harassment and transportation being provided by the employer as per the Act.

The employer is required to furnish to every worker an identity card.

13.   Leave and Accumulation of leave:

A new provision has been introduced, which entitles every worker to 8 days of casual leave in a year, which will lapse if it is not availed at the end of the year. Every worker who has worked for a period of 240 days or more will be allowed leave with wages at the rate of 1 day for every 20 days of work performed during the previous year. Under the Existing Act every employee who worked for not less than 240 days during a year, irrespective of the date of commencement of his service, is allowed leave for a period of not less than 21 days.

A worker can accumulate earned leave up to a maximum of 45 days as against 42 days under the Existing Act. Further the worker is allowed to encash leave in excess of 45 days, if the employer refuses to sanction the leave.

Welfare measures such as first aid, canteen, drinking water, latrines and urinals, crèche facility have been introduced. Establishments employing 100 or more workers are required to provide and maintain a canteen for the use of its workers. Every establishment employing 50 or more workers shall provide and maintain a crèche within a radius of 1 kilometre.

On and from the date of commencement of the New Act, the Existing Act, will stand repealed. 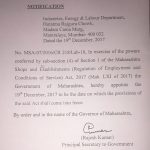 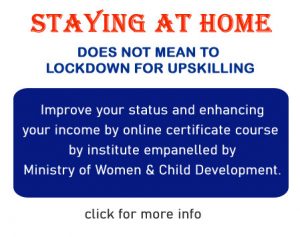